a5:30 for 6 pm, drinks and nibbles before and after discussion

All welcome: $15 for non-members and $10 for members, membership available at the door

The refugee crisis arising out of the interlocking Syrian conflicts has refocused world leaders’ attention on refugee and asylum policy and practices.

At the September global migration and refugee summit in New York, Australian Prime Minister Malcolm Turnbull claimed that Australia’s border protection policies and humanitarian program were the ideal other countries should emulate.

Not everyone agreed, including the UN Human Rights Commission when it said Australia should show political courage and end indefinite detention of asylum seekers.

In Australia, concern about the human cost of refugee and asylum policies of both the Coalition and the Labor Party has recently been fanned by the publication in the Guardian of some 2000 incident reports concerning the treatment of refugees and asylum seekers on Nauru.

Manning Clark House has therefore brought together a small panel of speakers who will give their personal views on the questions whether Australia should move beyond the present highly contested policies and practices, and, if so, how this should be done.  The details are:

Out of the Refugee Impasse

Chair:  To be confirmed

Dr John Minns, Associate Professor in the School of Politics and International Relations, ANU and a member of the Canberra Refugee Action Committee

Jim Molan had a long and distinguished military career as an infantry, aviation and combat unit commander, military attache in Jakarta, and in staff and training postings.  This included service in Solomon Islands, East Timor and Iraq. He retired in July 2008.  Since then, Jim has been an author, speaker and commentator on military and strategic affairs. He was the co-author of the Coalition’s refugee and asylum policy leading up to the 2013 election and launched the policy with Tony Abbott and Scott Morrison.  After the election, he was appointed the PM’s Special Envoy for Operation Sovereign Borders.  Jim was a NSW Liberal candidate for the Senate in July 2016.

John Minns is Associate Professor in the School of Politics and International Relations with a strong interest in the politics of migration, and in Latin American politics; he was formerly Director of the Australian National Centre for Latin American Studies at ANU.  He is a member of the steering committee of the Canberra Refugee Action Committee, and has spoken on Australian refugee policy to many community groups. 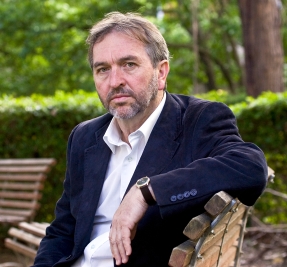 Marianne Dickie,  has been with the ANU Migration Law Program since 2006, and has taught in courses for the Graduate Certificate in Australian Migration Law and the LLM in Migration Law, serving as both Sub-Dean and Director of the Migration Law Program, and currently as convenor of the LLM stream in Migration Law.  She has received a number of ANU awards for her teaching and student guidance roles.  She is a senior fellow of the Higher Education Academy, and a registered migration agent.  She was formerly a staffer to then Australian Democrats Senator Andrew Bartlett, and accompanied him in visiting the detention centre on Nauru during the Howard Government.

22nd Manning Clark Lecture 2022
Great news today!
Lunchtime Chats@Manning’s are back! Enjoy this upcoming conversation and book your tickets via the link on our website!
Ever went on the virtual tour of MCH? Follow the link on our website!
Autumn in the Garden • MCH
A truly glorious afternoon - Canberra Tree Week with Inga Simpson in the Garden of Manning Clark House 🍁 thank you Inga for a wonderful excursion, nature writing at it’s best! Thank you all for coming today🍁🍂🍁🍂🍁🍂🍁